Release of CDs and DVDs on physical and digital formats, for national and international bands. Customized services which satisfies clients, with the possibility of exclusive sales on big channels beyond the service of fabrication and distribution. 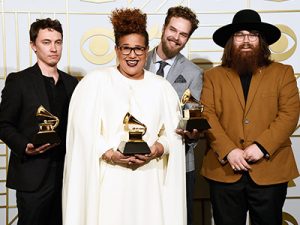 The blues and soul band, winner of several Grammys, had their album Sound & Color (2015) released in Brazil by ForMusic. The album was present on many lists and articles as one of the best and most important of the year, such as on Rolling Stone.

The last record of one of the biggest bands on the planet, called A Moon Shaped Pool, was released on physical format in Brazil by ForMusic. The album was, also, on many lists on papers around the world as one of the best record of the year, such as The Guardian and Pitchfork.

We released the complete discography of one of the most important national rock bands, Viper, which performed shows and tours inside and outside of the country.

ForMusic released several records of established artists on physical format in Brazil. They are Jack White, Beirut, Queens of The Stone Age, Red Fang between others. When released, many works were mentioned by newspapers and magazines around the world.